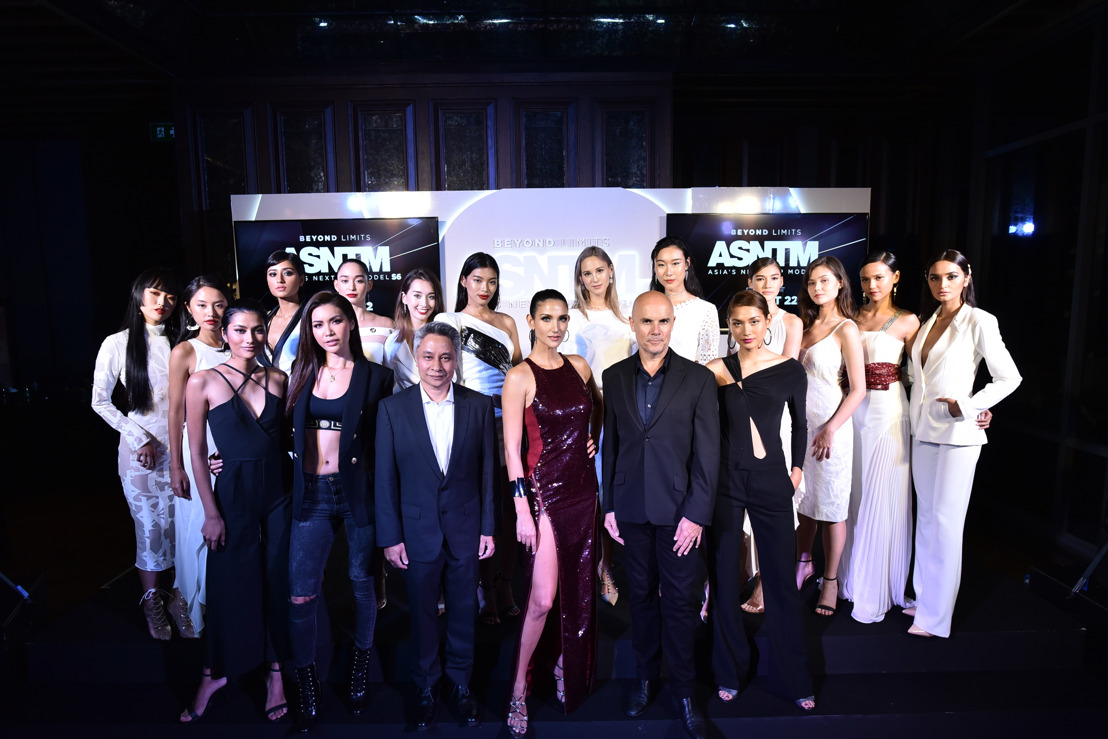 HONG KONG, AUGUST 29, 2018 – Making its much anticipated return for a sixth cycle, FOX Networks Group’s hit reality TV series Asia’s Next Top Model premiered on August 22, 2018 to a stellar response from viewers in Thailand, the Philippines and Malaysia, and its highest rated debut in Singapore.

In Thailand, the season premieres of Asia Next Top Model Cycle 6 achieved an outstanding performance at 195% in ratings from the previous cycle, bringing the FOX Thai channel to the No.1  regional channel spot in that timeslot.

With its premieres in the Philippines, Asia’s Next Top Model Cycle 6 made FOX Life the No.1 Western General Entertainment channel in the timeslot by doubling the year-to-date timeslot average ratings.

Malaysia saw an uplift of 79% to the FOX Life channel ratings during the season premieres  compared to the year-to-date same timeslot average.

Unprecedented levels of social engagement were also recorded. The Asia’s Next Top Model Facebook page saw a premiere-day interaction rate 155% above the previous season’s debut, indicating an outstanding beginning to the new cycle. On Instagram, Asia’s Next Top Model reached 300,000 followers and achieved an overwhelming page reach of 1.1 million following the debut episode.

On the Asia’s Next Top Model YouTube channel, the debut episode nabbed 1.3 million views and 25 million minutes of watch time in its first four days online, representing a three-fold increase over last year’s premiere. In terms of demographics, the numbers show that more fans are now tuning in from the Philippines; with Filipino viewers representing 49% of Episode 1 views on YouTube as compared to 33% during the previous cycle. To date, the debut episode has picked up over 2.5 million views.

Myanmar demonstrated a particularly noteworthy surge in social engagement, with its Asia’s Next Top Model fanbase swelling nearly 9% in August. Within 24 hours of its Myanmar YouTube launch, this cycle’s premiere episode had recorded 243,643 views and around 1,500 interactions for the Asia’s Next Top Model channel.

Asia’s Next Top Model Cycle 6 was a trending topic on Twitter in Thailand from August 23 to August 26, and in the Philippines on August 22 and August 23. Globally, to date, the hashtag #AsNTM6 garnered over 871,700 impressions, a nearly 300% increase compared to the premieres of the previous cycle; 2,700 retweets, over 300% from the previous cycle; and 8,400 likes, more than 5 times from the Cycle 5 premieres.

Asia’s Next Top Model is the longest-running regional adapted TV series in Asia TV history. The rigorous competition pushes aspiring models to go beyond limits as they compete in glamorous and demanding print photography, catwalk and team challenges. Each week, the contestants have the opportunity to test and transform their modelling abilities as they strive to grow into professional models ready to take on the fashion world.

Cycle 6 of Asia’s Next Top Model takes place in Bangkok, Thailand and features one of the most diverse and compelling casts yet. The series is hosted by Asian supermodel Cindy Bishop for the third cycle in a row, with renowned celebrity fashion photographer Yu Tsai once again acting as Creative Director to help mentor and guide the models through the competition. Other Cycle 6 mentors include past Asia’s Next Top Model alumni Monika Sta. Maria, Shikin Gomez and Nguyen Minh Tu.

Executive Producer for Asia’s Next Top Model Cycle 6, Nanette Baleros said, “Achieving record-breaking viewership numbers with the premiere of Cycle 6 is a fantastic sign that viewers in Asia still adore the non-stop action and exhilarating drama of Asia’s Next Top Model. This season, we’re thrilled to bring even more twists and turns as we give viewers a captivating glimpse into the star-studded world of fashion and modelling.”

Dean Dezius, Vice President of Entertainment Channels, FOX Life & FOX, at FOX Networks Group Asia, “Asia’s Next Top Model is a fantastic example of FOX’s promise to ignite imaginations by finding, creating and sharing the most exciting original content with viewers in Asia. We’ve witnessed the popularity of Asia’s Next Top Model flourish, and we can’t wait to keep working in close collaboration with our partners and sponsors to give loyal fans even more of the riveting content they love.”

Tune in to Asia’s Next Top Model Cycle 6 on FOX Life to get to see who will triumph in weekly challenges. Content will also be released online and across social media, giving fans even more ways to witness the nail-biting excitement of Asia’s favorite modeling competition. Presenting Cycle 6 of Asia’s Next Top Model are regional sponsor and Official Automobile Partner Subaru; Huawei, Official Mobile Phone Partner in Philippines; and ést.lab by ESTETICA, Official Skincare Partner in Singapore.