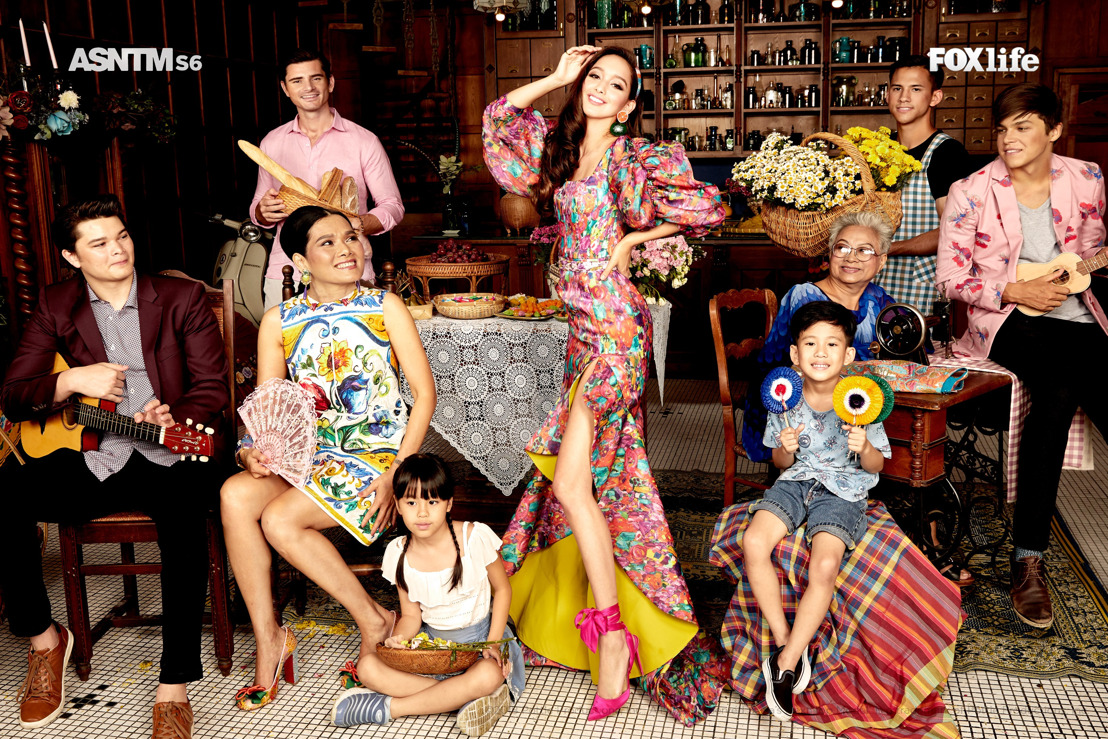 HONG KONG, 24 October, 2018 – Dana Slosar, an aspiring young model from Thailand, has been crowned the winner of Asia’s Next Top Model Cycle 6. She walked away with the top prize following a nail-biting finale which aired on FOX Life on Wednesday 24 October.

A Thai-American model who epitomizes the term ‘work hard, play hard’, Dana is easygoing but doesn’t hesitate to go after what she wants. She entered the competition as a laid-back personality who stayed in the middle of the pack. After narrowly escaping elimination in Episode 3, she turned into one to watch – nailing the briefs in Episodes 5 and 7 to win best photo of the week, and bagging the ést.lab by ESTETICA ambassadorship.

Dana remained a fierce competitor for the rest of the season, turning the tables on anyone who’d underestimated her effortless beauty and down-to-earth attitude. Following a ferocious final competition which pitted her against remaining contestants Adele-Mae Marshall from The Philippines and Mia Sabathy from Taiwan, Dana emerged victorious, officially winning the coveted title of Asia’s Next Top Model.

Dana commented, “Going into this competition, I already felt so proud to be able to represent Thailand; to represent my country and win Asia’s Next Top Model is the most indescribably incredible moment of my life thus far. I am so grateful to have met the other Cycle 6 contestants, who all inspired me in some way. I know their countries and fans feel the same and are very proud of them!”

She continued, “The most important lesson I’ve learnt from this experience is that, whatever challenges life brings you, concentrate on the reasons you could succeed rather than the reasons you might fail. I would like to thank my family, friends, and fans for supporting me – winning is an amazing destination to reach, but you all made the journey there unforgettable.”

As the winner of Asia’s Next Top Model, Dana will receive the all new Subaru XV, a Subaru ambassadorship, and a fashion spread and cover of Harper’s Bazaar Thailand. She will become a featured avatar in the America’s Next Top Model new mobile game and be represented by top model agency Storm Model Management.

Yu Tsai, renowned celebrity fashion photographer and Creative Director of Asia’s Next Top Model Cycle 6, said, “Dana is a beautiful young woman with a special look, but she had to figure out how to work with her unique assets in front of the camera. She was absolutely up to the challenge! It was a pleasure to see her learn and grow from one episode to the next, and her determination, hard work and always-positive energy carried her all the way across the finish line.”

Cindy Bishop, Asian supermodel and the host of Asia’s Next Top Model Cycle 6, said, “Cycle 6 was a whirlwind of a show with lots of fresh new energy; from being shot in a brand new country, to introducing new format twists like alumni mentors, to the new lineup of unbelievable talent. Every contestant truly gave her all this season and pushed beyond limits in every way. I am so proud of each girl’s performance on the show and even now as they continue on their individual journeys to achieve success in their own right.”

She continued, “Congratulations to Dana for defying obstacles, overcoming naysayers, and finding within herself the passion and drive to finally emerge a winner and take home the title of Asia’s Next Top Model. Congratulations also to FOX Networks Group Asia and Refinery Media for the highest rated season to date, and finally thank you to all the fans for your dedicated and passionate support of the show.”

Cycle 6 of Asia’s Next Top Model took place in Bangkok, Thailand and featured one of the most diverse and compelling casts yet. The series premiered on 22 August 2018 on FOX Life to a stellar response from viewers including its highest rated debut in Singapore. It was presented by regional sponsor and Official Automobile Partner Subaru; Huawei, Official Smartphone Partner in Philippines; and ést.lab by ESTETICA, Official Skincare Partner in Singapore.