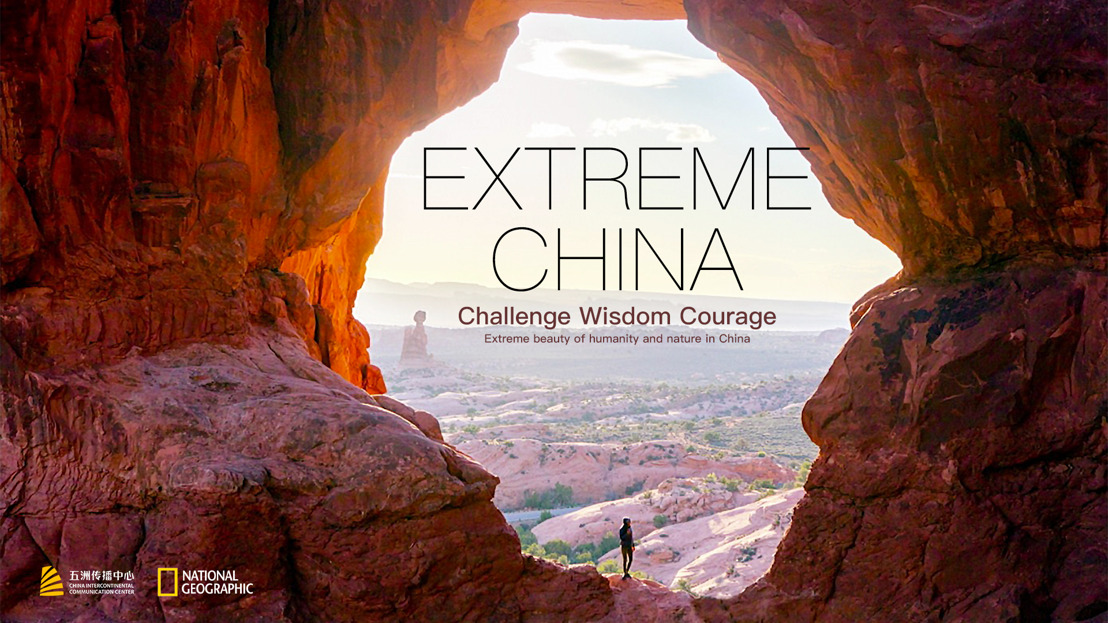 HONG KONG, DECEMBER 28, 2018 – National Geographic has announced that its popular documentary series Extreme China will be returning for a second season in 2019. A joint production collaboratively created by National Geographic and the China Intercontinental Communication Centre (CICC), the series’ return was announced in December at the Guangzhou International Documentary Film Festival in China.

Extreme China follows National Geographic explorer and photographer Ben Horton as he teams up with Chinese adventurers to journey into China’s most extreme landscapes in search of local communities that are not just surviving but thriving. They must brave the elements and navigate through diverse terrains; free diving, ice climbing and caving to rekindle the spirit of true adventure and discovery. Making their way through sinkholes, frozen icefalls and the open sea, the teams learn from each other, the environment around them and the locals who call these extreme locations home.

The three Chinese explorers who accompany Ben Horton on these formidable journeys are Dr. Liu Yong, an alpinist and the first person to sail into the unknown field of the Antarctic continent; Dou Dou, a photographer and free diver with millions of fans on social media who has traveled seven continents, four oceans and more than 100 countries; and Liu Yongbang, a rock climber and the first Chinese climber to scale some of the country’s toughest 5.14 routes. Together, they are telling the story of China from the perspective of its emerging explorers and sharing China’s landscapes, traditions and values with the world.

The first season of Extreme China premiered in October 2019 and was broadcast in 43 languages in more than 170 countries around the world, reaching over 100 million views. Extreme China season 2 premieres in 2019; tune-in details coming soon.

Jules Oldroyd, Senior Vice President of Global Programs at National Geographic, said, “Our cooperation with the CICC has led to fantastic success, including more than 70 hours of China-themed documentaries co-produced so far. The second season of Extreme China will be an audio-visual feast of exploration and discovery, and we look forward to further opportunities for collaborative content development so as to satisfy the insatiable curiosity of audiences around the world who want to more deeply understand China.”

Jing Shuiqing, Vice President of the China International Communication Center (CICC), said, “Extreme China is a wonderful achievement in the ongoing, close cooperation between National Geographic and the CICC. From planning to production, creative teams on both sides have constantly challenged the limits of creativity and execution to develop content capable of winning over 100 million views. In the future, we look forward to further win-win results across an even broader field.”

National Geographic and the CICC have previously collaborated on joint productions including China From Above in 2015, which provided a panoramic view of China from the sky; and China Revealed in 2016, which covered a wide range of topics exploring China’s ancient history, unique natural scenery and modern innovations, along with snapshots of everyday life for people in China.

A Platform for Up-and-Coming Explorers in China

Tony Qi, Senior Vice President of National Geographic Asia, Territory Head of China, said, “National Geographic has inspired and invested in explorers for over 130 years. With the launch of the National Geographic Extreme China Adventurer project, we are proud to play our part in discovering and supporting even more pioneering Chinese explorers, including students and social enterprises – sharing the spirit of adventure.”

Learn more about the Adventurer project and keep up-to-date with other National Geographic events and expeditions at the official website: http://adventurer.natgeo.com.cn.