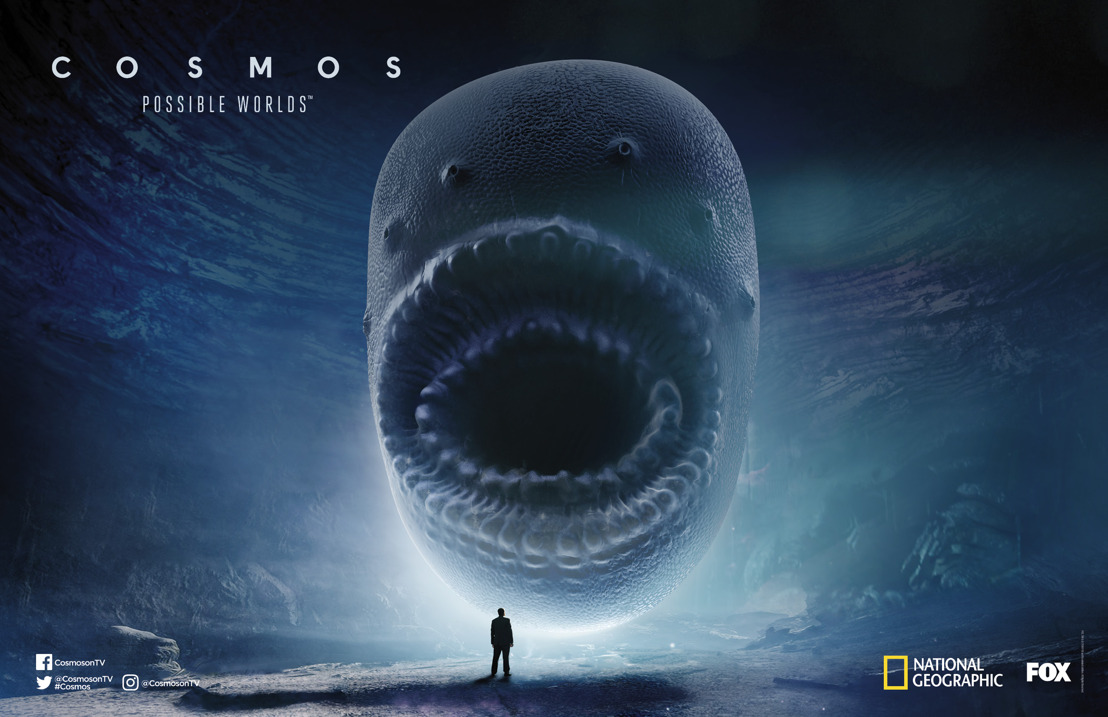 HONG KONG, JULY 24, 2018 – FOX and National Geographic today released a first look at the highly anticipated return of the Emmy Award-winning worldwide phenomenon COSMOS. Executive producer/writer/director Ann Druyan (who won an Emmy Award for writing the 2014 series and a Peabody Award for producing it) and executive producers Seth MacFarlane (FAMILY GUY, THE ORVILLE, “COSMOS: A SpaceTime Odyssey”), Brannon Braga (THE ORVILLE, “COSMOS: A SpaceTime Odyssey,” “Terra Nova”) and Jason Clark (THE ORVILLE, “COSMOS: A SpaceTime Odyssey”), along with series host Neil deGrasse Tyson, the famed pop-culture icon, astrophysicist and host of the Emmy Award-nominated “StarTalk,” were all on hand to share the sneak peek during their panel at San Diego Comic-Con 2018. COSMOS: POSSIBLE WORLDS is set to premiere on FOX and National Geographic in March 2019.

In the vastness of space and the immensity of time, the number of worlds to explore and stories to tell are virtually infinite. The first two seasons of the COSMOS television series transported a global audience to the farthest reaches and most deeply hidden recesses of the universe. In the course of those journeys, the series dramatised the lives of many of the forgotten searchers who contributed to the world’s understanding of who, when and where we are in the universe. COSMOS: POSSIBLE WORLDS will venture to previously uncharted territories.

In conjunction with the launch of the new season, National Geographic will publish a companion book, COSMOS: POSSIBLE WORLDS, by Ann Druyan, the long-awaited follow-up to Carl Sagan’s international bestseller, COSMOS: A Personal Voyage. Sale date is February 19, 2019.