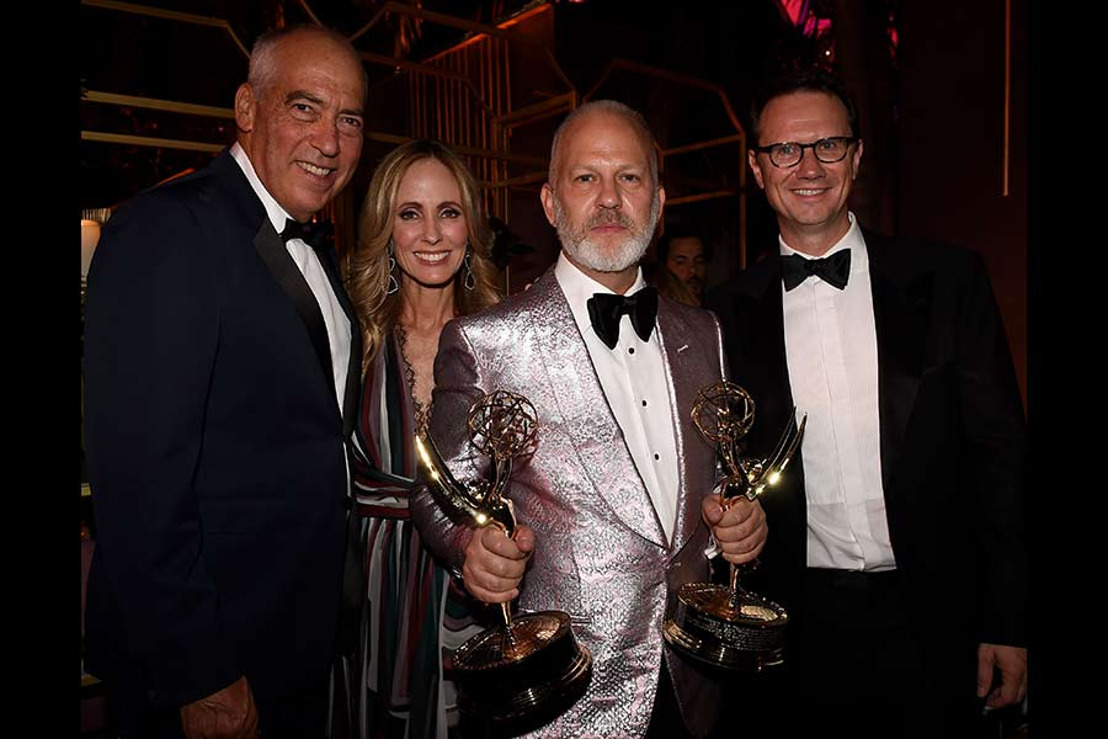 HONG KONG, 19 SEPTEMBER, 2018 – FOX Networks Group’s excellence in storytelling has been recognized with 22 top honors at the 2018 Primetime Emmy Awards. The diverse array of winners – including thrilling dramas, laugh-out-loud comedies and insightful documentary series – are testament to the high quality and rich variety of content being created and distributed across FOX’s award-winning portfolio of network and studio properties.

Coming out ahead of the pack in one of the most competitive categories of the year, The Assassination Of Gianni Versace: American Crime Story (FX) scored seven Emmy awards, the most of any limited series this year, including the top title of “Outstanding Limited Series”. Darren Criss was awarded “Outstanding Lead Actor In A Limited Series Or Movie” for his breakthrough portrayal of serial killer Andrew Cunanan on the series.

Tune in to The Assassination Of Gianni Versace: American Crime Story for its series rerun during FX All-Nighter from 16 November, airing every Tuesday to Friday, at 11pm.

Atlanta (FX) was the most-nominated of any comedy series at the Emmys and walked away with three awards, while The Americans (FX) nabbed a double win in the heavily contested drama series category, ultimately winning both “Outstanding Lead Actor In A Drama Series” and “Outstanding Writing For A Drama Series”.

Tune in to reruns from Atlanta: Robbin' Season on FX channel starting 19 October, Wednesday to Friday at 9pm; Season 3 premieres in Spring 2019. Catch repeats of The Americans, which aired its series finale earlier this year, on FX All-Nighter from 1 November, every Tuesday to Friday at 11pm.

National Geographic was the second-most nominated network in basic cable for the second year in a row and took five Emmys, including “Outstanding Directing for a Non-fiction Program” for JANE and “Outstanding Cinematography for a Limited Series or Movie” for Genius: Picasso. Viewers in Asia can tune in to both programs on National Geographic. Genius: Picasso will re-run back-to-back episodes starting from Monday, 17 September to Friday, 21 September at 2pm and 3pm daily, and JANE is re-airing on Wednesday, 19 September at 8pm.

Video-on-demand streaming service FOX+ now offers a catalogue of Emmy award-winning titles available to stream in Asia. Viewers in the region can enjoy anytime, anywhere access to award-winning episodes of The Americans, Atlanta and Family Guy, as well as content from Emmy-nominated programs like Modern Family, The Voice and Legion. FOX+ is also home to over 10,000 hours of entertainment, live sport and documentaries; available in high-definition, on-demand and on any device.

For a list of winners and more information about the 70th Primetime Emmy Awards, please visit www.21cf.com.