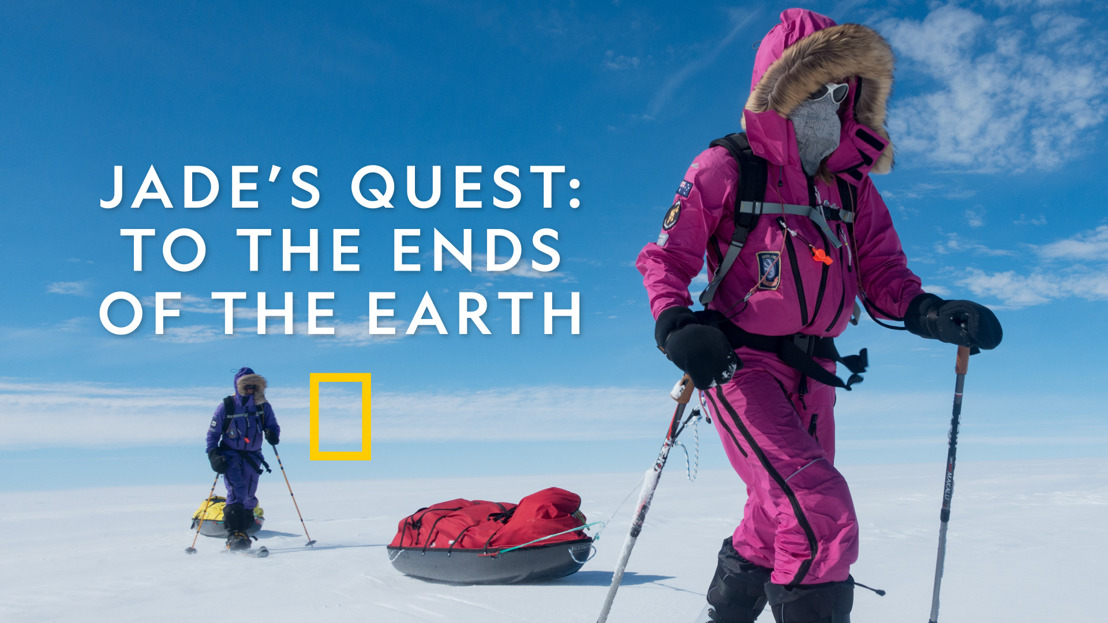 HONG KONG, MARCH 12, 2019 – In 2018, Australian teenager Jade Hameister became the youngest person in history to trek unsupported and unassisted to the North and South Poles and across Greenland. Her ambitious three-year expedition was captured by National Geographic, in a new documentary Jade’s Quest: To the Ends of the Earth, premiering in Asia on National Geographic and video-streaming service FOX+, on Wednesday, March 13, 2019 at 9.00 PM (Hong Kong time).

The feature-length documentary will take viewers with Jade on her breathtaking journey to make history. Her polar quest from North to South Pole has seen her cover around 1,300km over three expeditions in 75 days on the ice on skis, dragging a sled weighing more than her own body weight in some of the most extreme and beautiful environments on the planet.

As she conquers the world’s three largest ice caps, Jade battles bitter cold, exhaustion, self-doubt and life-threatening dangers. Her passion and tenacity are documented by National Geographic filmmakers, capturing every stage of the adventure as she becomes the youngest person in history to ski to the North Pole from anywhere outside the Last Degree in 2016; makes history in 2017 by completing the 550km traverse of the Greenland icecap unsupported and unassisted; and becomes the youngest person to ski from the coast of Antarctica to the South Pole unsupported and unassisted, a journey she completed in 2018.

Jade is passionate about shifting the focus for young women from how they appear to the possibilities of what they can do. Her expeditions also gave Jade unique first-hand experience with the Earth’s fragile polar regions, enforcing her desire to raise awareness about the impact of climate change on these beautiful and fragile regions.

Watch the Asia premiere of Jade's Quest: To the Ends of the Earth on Wednesday, March 13, at 9.00 PM (Hong Kong time) on National Geographic and video-streaming service FOX+.