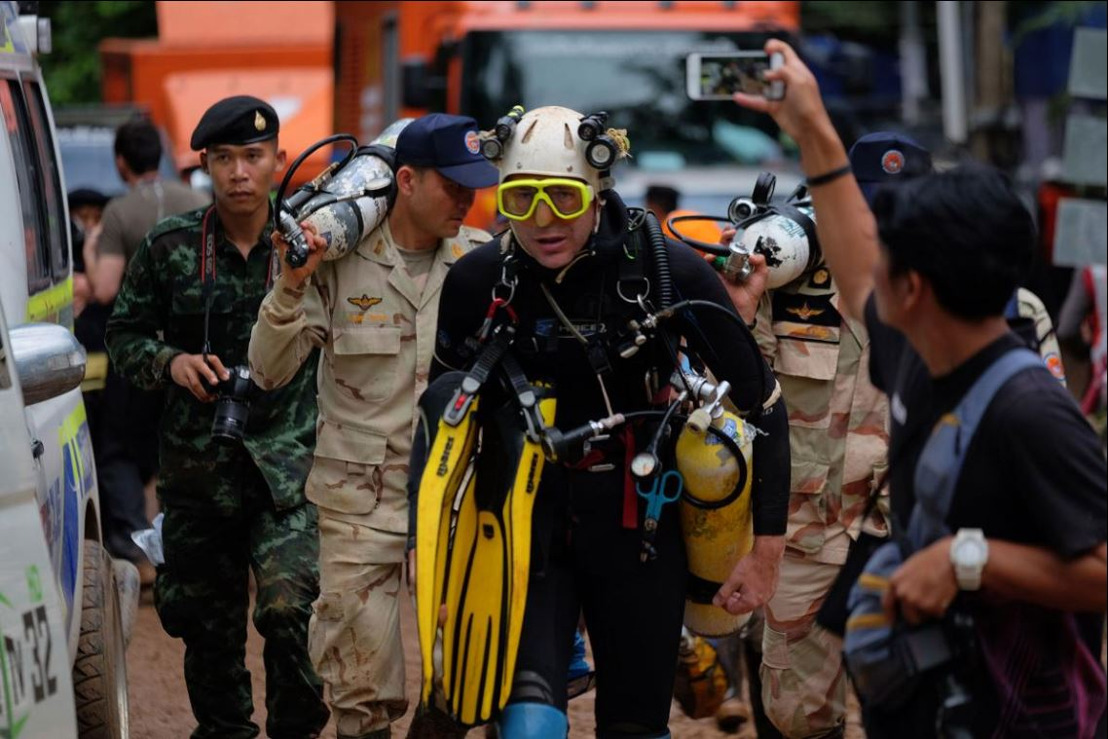 On a cool June afternoon in the hilly region of northern Thailand, the Wild Boars youth soccer team was finishing practice early so that they could attend a teammate’s birthday party. Before heading to the party, the 12 boys and their assistant coach decided to explore a nearby system of caves — an outing that transformed into a two-week-long saga of survival and a story that would capture the attention of the world.

Thai Cave Rescue (working title) will chronicle the perilous world of cave diving, the bravery of the rescuers and the dedication of an entire community that made great sacrifices to save these young boys. “This rescue mission is more than just a story of hope, it’s a story of humanity coming together,” said MacDonald. “This film will represent a full 360° view of the crisis, told through unexpected angles and with untold stories.”

Featuring exclusive access to British cave divers Richard Stanton, John Volanthen, who were included in National Gegraphic’s 2019 list of Adventurers of the Year, along with Chris Jewell, Jason Mallinson, Connor Roe, Josh Bratchley and Jim Warny, and in-depth interviews with Australian divers Dr. Richard Harris and Craig Challen. The film will bring to light the imagination and determination displayed during the heroic endeavour. Unlike most diving experiences, in which one relies on a team, once these divers were in the water they were on their own — completely dependent on their gear, always knowing that if it failed, that would be the end. There was no turning back — life or death was literally a breath of air away.

“The inherent drama of this rescue captured the attention of the world like few recent events have,” explained Battsek. “As producers, for P.J. and I to now have the opportunity to tell this remarkable story in partnership with the team at National Geographic Documentary Films, who have been responsible for some of the most successful and impactful feature documentaries of recent times, is extremely exciting.”

All the divers have agreed on one thing: none of this would have been a success if it were not for the Thai people. Many sacrifices were made — engineers helped pump millions of gallons of water out, Thai famers lost their crops and hundreds of volunteers worked day and night to help in any way they could. Similarly, Thai officials, the strong backbone of the entire operation who everyone greatly respected and trusted, was essential to its success. Through interviews with a diverse array of local citizens, the film will tell how the Thai people never lost hope, instead driving on until they reached a successful outcome.

The film originated with Storyteller Productions® and its producers P.J. van Sandwijk and Michael Lesslie, who approached Kevin MacDonald after the news of the successful outcome of the rescue mission and subsequently secured the rights of the British divers. This film marks the second production in a long-term strategic partnership between Storyteller Productions and Passion Pictures.

“I have long admired Kevin MacDonald’s artistic vision and virtuosity when it comes to authentic storytelling,” said Carolyn Bernstein, EVP of Scripted Content and Documentary Films for National Geographic. “I am elated to be working with him, John Battsek and P.J. van Sandwijk to help audiences better understand the complexities of this captivating story.”

National Geographic Documentary Films has achieved remarkable success in a very short amount of time. Most recently the critically acclaimed film, Free Solo won both the Academy Award and BAFTA for best documentary feature, in addition to Director's Guild of America, Cinema Audio Society, Motion Picture Sound Editors, US Critics’ Choice and Cinema Eye wins. Last year, two films released under the documentary films’ banner, Jane and LA 92, made the Oscar short list for Best Documentary, and both won Emmys — LA 92 for Special Merit and Jane for Best Director and Best Cinematography. Additionally, in its premiere weekend, National Geographic’s 2018 Sundance and SXSW Audience Favourite Science Fair became the No. 1 new documentary film at the US box office for New York openings the weekend of September 14.