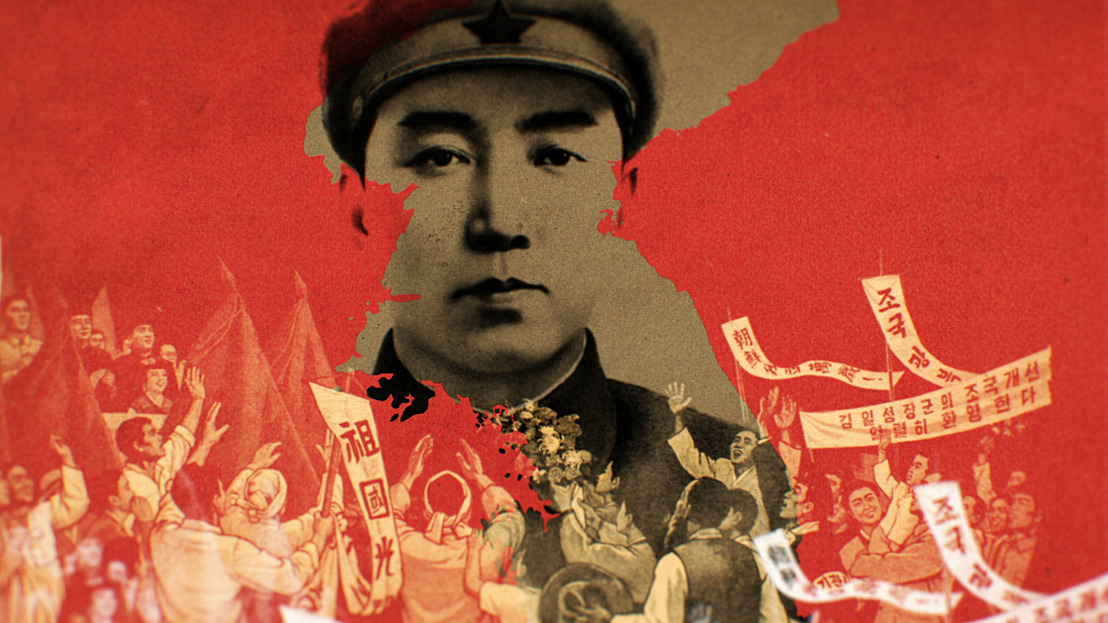 HONG KONG, 24 OCTOBER, 2018 – Giving audiences an inside look at rise and rule of the Kim family, National Geographic Documentary Films presents Inside North Korea’s Dynasty – a groundbreaking four-episode documentary series that examines the extraordinary history of the world’s only communist dynasty, three generations in the making. A year in production, Inside North Korea’s Dynasty premieres in Asia over two consecutive Monday nights, with back-to-back episodes on 19 and 26 November.

Inside North Korea’s Dynasty is the ultimate story of a family’s power, and the relationship among a father, a son and a grandson. The series provides a look at the Kim dynasty more complex and comprehensive than ever attempted before; revealing the workings behind the formidable family dynamics at the heart of a North Korea. Viewers will be immersed in the family’s surreal story, bringing a fresh perspective on a nation ruled for over seven decades by one dynasty.

The four-part miniseries hails from production company 72 Films, with the directing team behind Emmy award-winning documentary film LA 92 serving as editorial consultants. Inside North Korea’s Dynasty explores the motivations and personalities behind the Kims’ rise, combining expert insight, firsthand testimony and one of the largest collections of archival footage related to the Kim dynasty assembled for broadcast.

“National Geographic was clear from the start – they wanted a definitive documentary on the Kim dynasty, unlike anything produced before,” said 72 Films. “We immersed ourselves in this project for a year, looking through archives that have not been viewed in decades and interviewing almost 50 people with perspectives that could shed light on this dynasty. Going in via the family was a fresh way to unlock North Korea. All three leaders are fascinating in their own right. They have all chosen to use their extraordinary power in different ways. The result is a film that is as unique in scope and depth as it is in insight and relevance.”

Historic moments in the Kim family’s trajectory are captured with nearly 30 firsthand testimonies and rare interviews presented in the series, including from Shin Jyeung-Kyun, son of kidnapped South Korean filmmakers; Choi Jae Wook, press secretary for the South Korean president; retired Col. Victor Vierra, in his first television interview, who was stationed at the Demilitarized Zone at the time of the axe murders of August 1976, when two United States Army officers were killed by North Korean soldiers; Kang In-Deok, director of the Korean CIA, North Korea bureau; Ko Young-Hwan, interpreter for Kim Il Sung; Michael Yi, interrogation specialist for the American CIA; Kim Hyun Hui, former North Korean espionage agent and the bomber of Korean Airline Flight 858; American basketball star Dennis Rodman, in one of his most in-depth and candid interviews on his relationship with the current leader; and many others.

Producers culled through nearly 400 hours of tapes to assemble a collection of archival footage to drive the narrative of the story. Viewers will be privy to rarely seen footage from the Swedish film One for All, All for One; the Czech film Fighting Korea, about the Korean War; the French film The Hermit Kingdom, about North Korean life in the 1970s; Jyeung-Kyun’s and Wook’s archive audio tapes and stills; an exclusive TV Asahi interview taped in Beijing with Kim Jong Nam, the eldest son of Kim Jong Il; and seldom-heard stories of Kenji Fujimoto, Kim Jong Il’s personal sushi chef.

This four-part series documents the birth of the Kim dynasty by examining the rise and rule of the founder of North Korea, Kim Il Sung; his son, Kim Jong Il; and his grandson and the current leader, Kim Jong Un. The episodes include the following:

“Kingdom of the Kims”

For decades, Korea and its people labored under Japanese imperialist rule. But in 1912, in a small town outside Pyongyang, a child is born – Kim Il Sung, coinciding with an omen of imperialism’s doom. This is the story of how an unknown guerrilla fighter rises to power, takes complete control of his country and makes himself a god in the eyes of his people. Recounted through firsthand testimony and expertly curated archive, “Kingdom of the Kims” explores Sung’s early days in power, how he starts the Korean War, establishes gulags, tries to assassinate the President of South Korea, and plays a dangerous game of brinksmanship with the United States, including the infamous tree-cutting axe murders in the Demilitarized Zone.

Unpacking the unique Kim father-son relationship further, “The Son of God” tracks the decline of Kim Il Sung and the rise of his son, Kim Jong Il. An unlikely successor, Jong is not a military man – he is obsessed with cinema, particularly James Bond films. “The Son of God” tells the story of how he uses filmmaking and propaganda to win his father’s approval – and power. Beginning in the 1970s, this film explores Jong’s rise to power as the heir apparent of North Korea, delving into such pivotal incidents as the kidnapping of filmmakers Choi Eun Hee and Shin Sang Ok; the attempted assassination of the president of South Korea; and the Korean Airline bombing by Kim Hyon Hui, in the buildup to the 1988 Seoul Olympics.

“Nuclear Family” begins as the Cold War ends – and North Korea has lost Soviet patronage, and with it, the security it guarantees and the economic support that has sustained the country for nearly half a century. As Kim Jong Il takes complete control of the country, he also starts a nuclear weapons program. With the country’s economy failing, his government makes counterfeit US$100 bills, and sets up factories making crystal meth and other narcotics. He also employs a private sushi chef, and hosts lavish banquets and parties while the country continues to struggle economically – all while at the same time negotiating with the United States.

The final episode starts with the death of Kim Jong Il and the rise of the new leader of North Korea – his son, Kim Jong Un, taking power at the age of 28. Using exclusive interviews, firsthand testimony and expertly curated archive, “Rocket Man” charts Un’s reign from 2011 to present day; delves into how Un consolidated power, by killing his uncle and his half-brother; examines the incredible story of his unexpected friendship with basketball star Dennis Rodman; retells his announcing that he has nuclear weapons that can reach the United States; and breaks down the historic 2018 summit with US President Donald Trump.