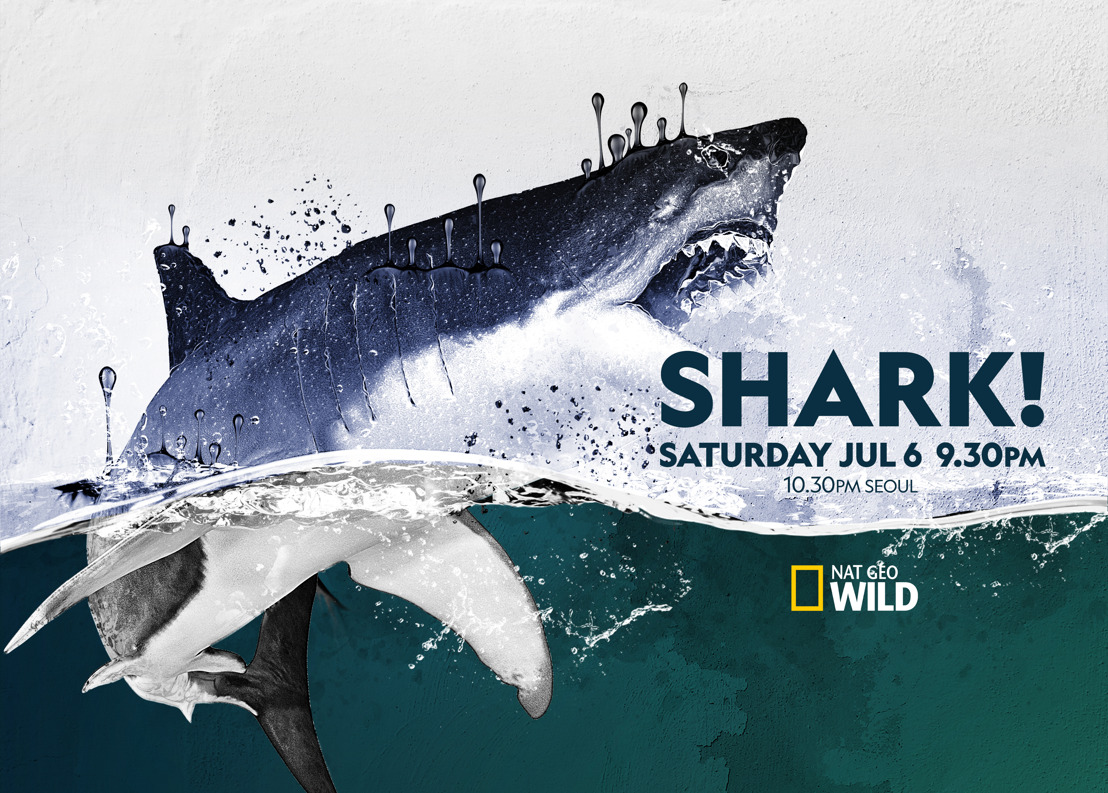 HONG KONG, JUNE 28, 2019 – One of the most feared and revered animals in the ocean, sharks are taking the spotlight for eight weeks of fin-tastic programming on Nat Geo Wild!

Tune in to Shark! on Nat Geo Wild every Saturday for eight weeks starting on 6 July for brand new documentaries capturing the amazing lives of sharks. The frenzy of programming will captivate viewers with truth that is stranger than fiction – from the latest developments in shark research and preservation, to new ways to predict shark attacks, to shocking explorations into the hidden science of sharks.

Don’t miss Shark! programming highlights including a fascinating experiment to determine if the weather can help predict shark attacks in Forecast: Shark Attack and the ultimate Red Wedding-style battle for dominance in Cannibal Sharks. Enjoy a front-row seat to some of the most memorable shark feasts in Great Shark Chow Down, and in Man vs. Shark, join marine biologist Jeremiah Sullivan, who has been developing an armoured suit to go nose-to-nose and fin-to-fin to help preserve these awe-inspiring animals.

Andy Baek, Head and Vice President of National Geographic Channels, FOX Networks Group Asia, said, “The oceans of Asia are home to many species of sharks, all playing an important role in undersea ecosystems and keeping our oceans healthy. To shine the spotlight on these misunderstood creatures, Nat Geo Wild is diving into the deep end to give viewers in Asia a feeding frenzy of shark programs! With can’t-look-away content both educational and entertaining, Shark! promises to be the summer’s most ‘fin-tastic’ TV experience.”

Shark! also aims to raise awareness about these incredible animals that depend on a healthy planet in order to survive. As part of its overall effort to protect the Earth, National Geographic recently launched Planet or Plastic?, a multiyear initiative to reduce the amount of single-use plastic reaching our world’s oceans. Planet or Plastic? benefits the thousands to potentially millions of marine animals that become entangled in, are suffocated by or ingest plastic each year; as well as contributing to the overall health of the planet’s marine ecosystems and all who rely on them. To learn more about the Planet or Plastic? initiative, visit NatGeo.com/planetorplastic.

As the world’s destination for science, exploration and adventure, National Geographic has long made coverage of sharks and ocean health a core part of its DNA. On screen – with this year’s eight-week Shark! programming event – and off – through recent books like Shark by marine wildlife photographer Brian Skerry, and Nat Geo Kids’ Ultimate Book of Sharks – National Geographic is constantly seeking new ways to grab audiences’ attention and immerse them in the fascinating world of sharks.

Shark! programming highlights coming to Asia every Saturday from July 6 to August 31 include:

Tune in to Shark! on Nat Geo Wild every Saturday at 9:30 PM HKT, from July 6 until August 31, for brand new documentaries capturing the amazing lives of sharks.