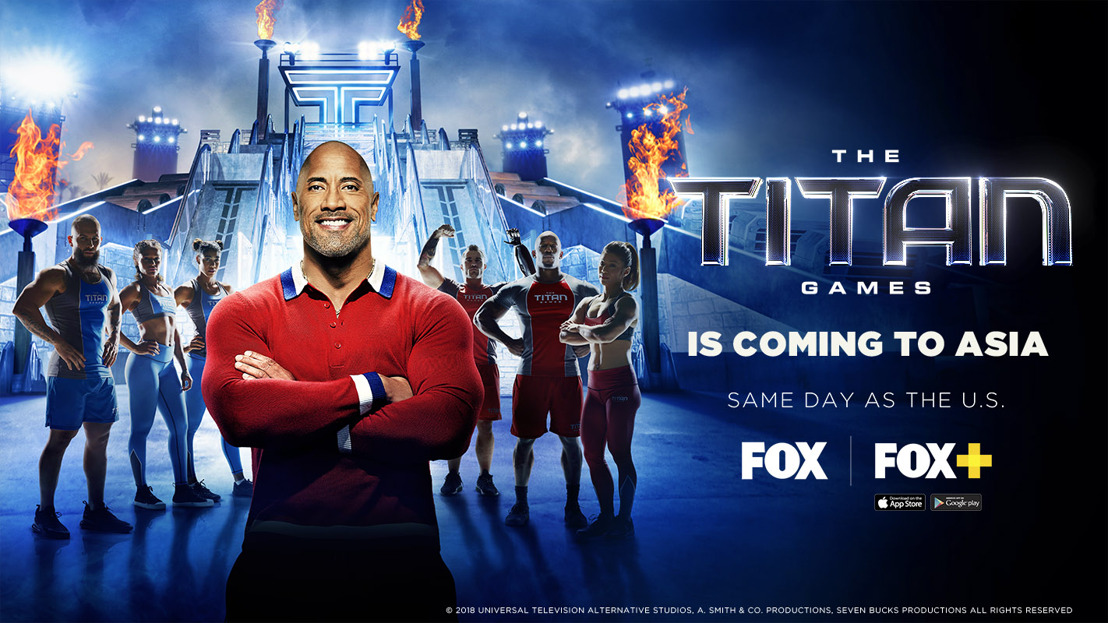 The Titan Games premieres in Asia on Friday, 4 January 2019, launching on the same day as the US. The series kicks off with a special two-hour season premiere, followed by weekly hour-long episodes that will air Fridays on FOX and available to stream on FOX+.

Inspired by Johnson's desire to motivate global audiences to reach their potential for greatness, this unparalleled new athletic competition gives men and women the opportunity to step inside the Titan arena and achieve the impossible. Competitors will push their bodies to the limit by battling opponents in unforgiving head-to-head challenges, designed by Johnson. The Titan Games will not only test the competitor's physical strength, but also their mental and emotional fortitude.

In each episode, the male and female competitors who conquer the ultimate challenge of Mount Olympus -- the consummate athletic test of speed, strength, agility and endurance -- will become a Titan. The Titans will return to battle each other and in the end, one woman and one man will be crowned Titan Champions.

Additionally, three seasoned sports analysts will appear in each episode; Liam McHugh and Alex Goldenboy Mendez, who will serve as commentators, while Cari Champion takes on the role of field reporter. McHugh and Mendez will be paired in the skybox where they will provide play-by-play and in-depth analysis of the intense action, highlighting the physicality of each challenge and the mental resilience needed to succeed. From the floor of the electrifying arena, Champion will provide exclusive interviews that will unveil the heart, grit and spirit of each contender.